If you think you’ve explored all of India, think again because we’re about to tell you about five hidden gems in India not many people know about. India is a land full of surprises and you will find something mind-boggling at every turn of the journey. Whether it is an untouched bird sanctuary or a jaw-dropping waterfall, India will never dampen the spirit of a true traveler.

And when you really start enjoying what this land has to offer to you, you might just never want to leave. Now, everyone knows about the major tourist destinations like the Taj Mahal, the Golden Temple and the whole city of Goa, but there is a whole lot more than that. There are some places in India that not even most Indians know about, let alone travellers from abroad.

In a country of more than a billion people, dozens of languages and numerous religions, there are some hidden gems that only the locals know about. If you are in search of a new venue to explore and get awe-inspired by, then you have come to the right place. Our editors have done some amazing research to find out about the hidden gems in India. Below we’re going to share with you the top five on our list.

The land of Chettinars, in other words bankers and business folk, has never failed to inspire scores of people who visit it. It is known as the land of temples, but its palaces are nothing short of spectacular. One of the most beautiful is Chettinad Palace which was built in 1912 by Dr. Annamalai Chettiyar. Although it is considered a baby compared to all of the ancient palaces in India, this one is known for its unique design that brings together ancient and modern.

The breath-taking greenery that engulfs this structure simply adds up to the palatial ambiance. Within the palace, you will be awestruck by the intricate artwork, wood and stone carvings of ancient Indian tradition. You’ll also see a surprising number of foreign artifacts that have been purchased or gifted to Chettinad Palace.

Located on Ambukutty Mala, this ancient relic will not let you leave so easily as it holds secrets dating back as far as between 6000 BC and 8000 BC. As the name suggests, you will find two heavy boulders straddling a fissure through which people can walk AND become completely spellbound by the surrounding scene.

Legends say that this cave was created by the arrows of Lava and Kusha, sons of Sri Ram. Another most mesmerizing thing about it is the ancient wall paintings that depict rich images of a people that were. The climb around this cave can take you approximately 45 minutes. But those 45 minutes are totally worth it to see this prehistoric site as most places this old are hard to come by and often not open to the public.

This crowd-pulling historic fort is one of the favorite tourist spots, for someone visiting the shores of the Bay of Bengal in Tranquebar of Tamil Nadu, for a reason. This sturdy yet beautiful fort was built in the 17th century by the Thanjavur king alongside the Danish Admiral. This acted as a Danish settlement back in the days.

When you visit the place, you will be instantly filled with the tranquil sounds of water. The stunning fort is located along the shores of Tharangambadi, which is washed every second, by the blue waters of the Bay of Bengal. Within the forts, you will find foreign architecture such as halls with high ornamental ceilings, columned structures, fireplaces, kitchens, and chimneys and more.

Deemed as a UNESCO World Heritage Site, this archaeologically significant site, located in the Panchmahal district of Gujarat, India, has so much to feed the travel hungry. With an awe-inspiring history, this place has risen and fallen and risen again through time. It is believed to be an ancient pilgrimage center due to the number of mosques and temples found on the site.

At a closer look, you will find ancient streets that our ancient cousins strolled. On the site you will also see the burial grounds where the ancients were buried, the granaries, fortifications and more. A walk through this prestigious gem would be enough to kindle your thirst for more.

Situated in the northern Goa, Arvalem Caves, A.K.A. Pandavas Caves, are ancient rock-cut caves that are standing tall, inspiring many tourists even to these days! Legend has it that this was a hiding place for the five Pandavas during the epic Mahabharata!

Giving a mysterious vibe to tourists from all over the country and world, the cave structure is quite simple and plain yet something about it is magical. It has a Buddhist-style build and has five compartments. The middle one holds a shivalinga that has inscriptions in Brahmi and Sanskrit characters that date back to the 7th century when Bhoja King Kapalivarman was the ruler.

Our list above is really just the tip of the iceberg as it is believed India has been inhabited for hundreds of thousands of years. In such a large country with a long history, you can be assured there are ancient gems that perhaps only a handful of people know about. And that’s what makes a trip across India a crazy, exciting, and adventurous one, you just don’t know what you’re going to find. 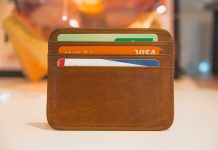 See Why These Credit Cards Are the Best for Travel 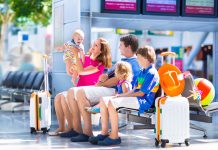 A Brief Guide to International Travel on a Budget 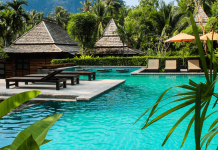 See These Ideas For Tropical Vacation On A Budget